Gifts to the Graduate College are changing lives, transforming the future with an immediate impact on students. Read how these gifts made a difference.

When Sharon Stutzke remembers her husband, Richard David Stutzke, she recalls an extraordinary man of boundless energy, drive and intelligence. He lived life to its fullest, on both a personal and professional level. Professionally, he earned three college degrees, including a PhD in nuclear physics from the University of Illinois. After serving in the United States Air Force for four years, the remainder of his career was spent in the defense industry, working at Science Applications International Corporation in Colorado Springs and later Huntsville, Alabama. A prolific author, Dick’s 40 years of experience with software development and project management culminated in 2005 with publication of his long-awaited book "Estimating Software-Intensive Systems: Projects, Products and Processes." This 900+ page compendium of practical information serves as a guidebook for software managers and engineers—presenting a disciplined and repeatable process for producing accurate and complete estimation. In recognition of his accomplishments, Dick was selected as the 2006 Parametrician of the Year by the International Society of Parametric Analysts.

On a personal level, Dick’s passions produced deep friendships and tremendous success where it would perhaps not be expected—competitive ice dancing. Dick and his skating partners competed regionally as well as nationally. They were slated to compete internationally had he not become too ill.

Before being stuck down by pancreatic cancer, Dick planned ahead, creating a foundation that would allow his interests to be supported in perpetuity. His passion for excellence, for higher education and helping others has led to both undergraduate scholarships and graduate fellowships at University of Illinois.

The Stutzke Dissertation Completion Fellowship is providing critical support during my final year of graduate study. My dissertation examines the work of German artist Hans Haacke, which has raised questions about German history, memory, and identity since the 1970s. Through an array of artistic approaches—from paintings and sculptures to public monuments and memorials—Haacke has stimulated debates about the legacy of National Socialism in German society. Through analyses of his interrogations of corporate power, the media, and the government, I argue for Haacke’s work in Germany as a forty year critique of both the continuities between Nazi Germany and the postwar period and the inadequacies of the country’s process of coming to terms with the past. The fellowship is allowing me to complete my research and writing in Berlin, where crucial materials including two of Haacke’s public works are located. 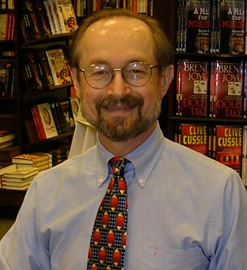 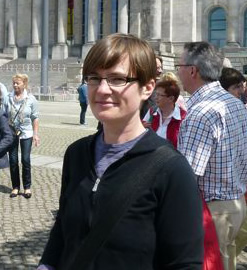