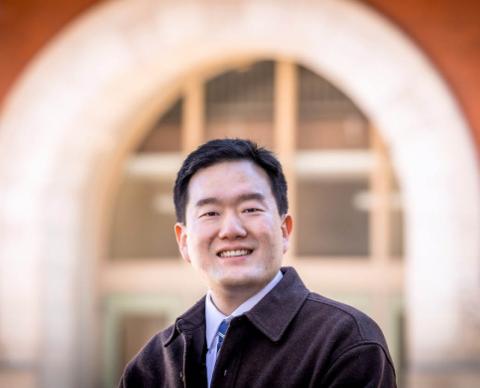 The scientists assessed survey responses from 306 people living in the United States and South Korea. Participants were recruited through social media and were younger and more highly educated than the general population of those countries. Conducted in late June and early July, the surveys asked participants to rate their privacy concerns, perceptions of social benefit and acceptance of a variety of COVID-19 mitigation efforts that involve collecting geographic data from individuals.

“For each method, we wanted to see how these factors influenced people’s willingness to share their data,” said Junghwan Kim, a graduate student in geography and geographic information science at the University of Illinois Urbana-Champaign who led the research with Mei-Po Kwan, a geography professor at The Chinese University of Hong Kong and Kim’s doctoral adviser at the U. of I.

Understanding the factors that influence these decisions is key to designing effective public health campaigns, Kim said. What works in one society may not be viable in a different part of the world.

Participants answered questions about conventional contact tracing, where public health officials call those who test positive for the virus to interview them about where they’ve been and whom they’ve potentially exposed. Such methods are time-consuming and inefficient, however, so the researchers also asked participants to rate their attitudes toward public health efforts that collect geolocation information from their phones, track their credit card purchases, ask them to wear a wristband or require that they carry a “travel certificate” demonstrating that they have tested negative for COVID-19.

The team found that people were more concerned about – and less likely to accept – methods that collected more sensitive and private information.

This higher acceptance may have to do with South Korea’s previous experience with the Middle East respiratory syndrome, which is caused by a much deadlier coronavirus than the one that causes COVID-19, Kwan said. But it likely also is a reflection of South Korea’s culture.

“Compared with people in the U.S., South Koreans have a stronger collectivist – rather than individualist – culture,” she said. “They also have lower privacy concerns and perceive greater social benefits for COVID-19-mitigation measures.”

“The results have important public health policy implications,” the researchers wrote. For example, the use of phone-based or wristband GPS tracking “would not be effective in the U.S. and other countries where people’s acceptance of these methods is very low.” Other approaches, such as random phone calls to monitor people’s compliance with quarantine orders or the use of travel certificates that verify a person’s COVID-19-negative status, would likely work better in such societies.

Photo by Fred Zwicky. Junghwan Kim a graduate student in geography and geographic information science at the U. of I., co-led a study of people’s attitudes toward sharing their geographic data with public health officials.

The paper “An examination of people’s privacy concerns, perceptions of social benefits, and acceptance of COVID-19 mitigation measures that harness location information: A comparative study of the U.S. and South Korea” is available online and from the U. of I. News Bureau.