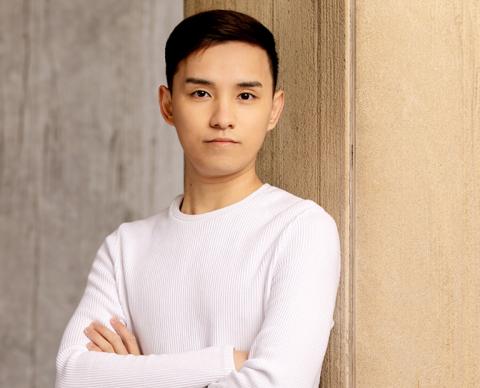 According to new research, people tend to moralize COVID-19-control efforts and are more willing to endorse human costs emerging from COVID-19-related restrictions than to accept costs resulting from other restraints meant to prevent injury or death. The level of support – and resulting outrage in response to perceived violations of this moral ideal – differs between liberals and conservatives.

Reported in the Journal of Experimental Social Psychology, the study also finds that people are more tolerant of authorities who abuse their power to enforce COVID-19 health restrictions than they are of other abuses for the sake of public health and safety.

“Efforts aimed at eliminating COVID-19 have become moralized to the extent that people tend to overlook the associated costs,” said Fan Xuan Chen, a doctoral student in psychology at the University of Illinois Urbana-Champaign who conducted the study with Maja Graso, a senior lecturer at the University of Otago in Dunedin, New Zealand; and Tania Reynolds, a psychology professor at the University of New Mexico. “Because COVID-19-related health strategies are so moralized, people really tolerate a wide range of restrictions and are willing to impose penalties on those who violate those strategies or even just speak out in favor of other approaches,” Chen said.

Conducted with participants in the U.S. and New Zealand, the research was designed to better understand how moralizing public health issues influences people’s perceptions of human suffering. The researchers say they do not advocate for any particular COVID-19-control policy.

“However, our results suggest that in our quest to combat COVID-19, we may overlook the collateral damage from these pursuits,” Chen said.

In two experiments, the researchers asked American participants to evaluate the competence of public health experts and to rate their own moral outrage and willingness to shame or punish scientists who made mistakes or advocated for or against COVID-19 protective measures in the interest of saving lives.

In another experiment, Americans evaluated the harms resulting from a police officer who abused their authority to enforce COVID-19 restrictions or to stop people from speeding in traffic.

In a separate experiment, New Zealanders were randomly assigned to evaluate either of two research proposals, one of which asked whether COVID-19-control efforts could cause more human suffering than not trying to control the spread of the disease, and one that asked whether the opposite could be true. Participants were asked to evaluate the quality of the proposal, the societal value of the research, the scientists’ prestige and other factors related to the research.

“American participants evaluated the same costs – including public shaming, deaths and illnesses, and police abuse of power – as more acceptable when they resulted from efforts to minimize COVID-19’s health impacts than when they challenged such efforts,” Chen said. “New Zealanders were more favorably disposed to a research proposal that supported COVID-19-elimination efforts than to one that challenged those efforts, even when the methodological information and evidence supporting both proposals were equivalent.”

The willingness to punish or shame a scientist for arguing against COVID-19-related restrictions or for a researcher who accidentally underestimated the severity of the pandemic increased with a participant’s own level of concern about the risks associated with COVID-19.

“This pattern suggests that those who feel most vulnerable to COVID-19 could be especially likely to overlook the collateral costs of elimination efforts,” Chen said.

In general, participants’ willingness to punish a police officer who abused their position to catch people speeding was significantly greater than their desire to punish an officer who violated people’s rights to enforce COVID-19-related restrictions.

The researchers also asked participants to indicate whether they were high or low in political conservatism.

“When we looked at the data, we saw that, compared with liberals, people who identify as very conservative have lower moral outrage in response to arguments against COVID-19 restrictions,” Chen said. Yet, conservatives also became more outraged than liberals when a scientist challenged the state’s decision to keep businesses open.

“So, there’s a totally opposite trend in each condition, depending on which political ideology you are affiliated with,” Chen said. “In psychology, this kind of crossover effect is very rare, and such a strong crossover effect is even more rare. These patterns suggest liberals and conservatives are weighing the costs and benefits of elimination efforts quite differently.”

Photo by L. Brian Stauffer of Fan Xuan Chen, a doctoral student in psychology at the U. of I.

The paper “Mobilization of COVID-19 health response: Asymmetry in tolerance for human costs” is available online and from the U. of I. News Bureau.