The event will be live-streamed for family and friends who are unable to attend the ceremony in person at the following link: https://go.illinois.edu/hooding-live.

A Message from the Dean 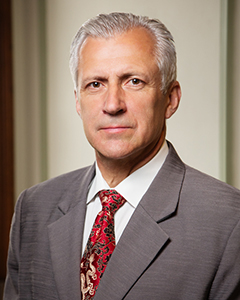 We are immensely proud to host this celebration of our graduates who have earned the highest degree, the doctorate, along with faculty mentors.

Doctoral hooding is a symbolic gesture that represents the culmination of scholarly and personal achievement. During the ceremony, the hood is placed over a student’s head by a mentor or senior scholar, marking the transition from learner to producer or contributor in one’s field. It recognizes their academic achievements and welcomes them into the community of scholars.

Illinois has a rich tradition in doctoral education. Our first two doctor of philosophy degrees were awarded in 1903, one in Chemistry and one in Mathematics. That was over 100 years ago. The graduates celebrated this term join generations of distinguished alumni who are leaders and innovators, impacting the lives of people around the world. I am confident that these graduates, with their commitment and perseverance, will use their knowledge and expertise to shape our future in profound ways.

If you are a graduate, we hope that you’ll join us for the Doctoral Hooding Ceremony to celebrate of all you have accomplished, surrounded by the family, friends, mentors and colleagues who helped you succeed. 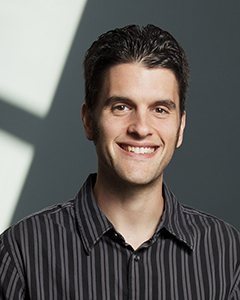 Dr. Brian Ogolsky is an Associate Professor and Director of Graduate Programs in the Department of Human Development and Family Studies at the University of Illinois Urbana-Champaign where he has been for the last 12 years. He received a Ph.D. in family studies and human development from the University of Arizona and had a post-doctoral fellowship in the School of Human Ecology at the University of Texas at Austin. His research focuses on how romantic relationships change over time and across life transitions with particular attention to the intersection between law, public policy, and family life. He is deeply committed to the teaching and mentorship of students and currently serves as a member of the Graduate College Executive Committee.

Dr. Ogolsky currently teaches courses in advanced statistics and romantic relationship development and has won numerous awards for his mentorship and instruction including the Provost’s Award for Excellence in Graduate Student Mentoring, The Award for Innovation in Teaching Family Science from Cognella Publishing and the National Council on Family Relations, The ACES Faculty Award for Excellence in Teaching, the International Teaching Award from the International Association for Relationship Research, and the National Educator Award from the North American Colleges and Teachers of Agriculture.

Greetings from the Chancellor

Greetings from the Provost

Remarks from the Speaker

Brian Ogolsky, Associate Professor and Director of Graduate Programs in Human Development and Family Studies and Recipient of the Provost’s Award for Excellence in Graduate Student Mentoring

Graduates will be recognized by college in the following order:

Ritual and Tradition of Academic Dress

The history of academic dress begins around the twelfth century when the earliest universities were forming in Europe. At that time, the dress of a scholar—whether student or teacher—was that of a cleric. Typically, a medieval scholar would have taken ecclesiastical vows and would have been tonsured. The long gowns were worn primarily for warmth and hoods would have covered the heads of the scholars who spent many hours in unheated monasteries where ancient texts were maintained.

Subsequently, the material of the gown and lining, and the shape of the hood, represented the economic, social, and academic status of the wearer. The wearing of distinctive regalia for universities emerged in England in the second half of the fourteenth century.

In the United States, the tradition of academic dress dates to the 1880s, when different institutions established their own academic dress codes. Black is the traditional color for gowns, although at the University of Illinois at Urbana-Champaign, academic dress has been designed specifically for the Institution—blue gowns with orange accents and blue mortarboards.

Today the doctoral gown is faced down the front with velvet and has bell-shaped sleeves with three bars of velvet across each sleeve, differentiating it from the bachelor’s and master’s gowns. The facing and bars may be black or blue, as is the case at Illinois, or may be the color of the subject to which the degree pertains. Doctoral gowns may be worn open or closed.
Another distinction of the doctoral gown is its longer hood, which measures 4 feet. Hoods are lined with the official color or colors of the college or university conferring the degree. At Illinois, the lining is orange and blue.

See Recordings of Past Ceremonies