This new award is sponsored by The Graduate College and its student advisory group, SAGE (Students Advising on Graduate Education). It was created to recognize graduate students who have exhibited outstanding service that has positively impacted the campus or wider Urbana-Champaign community.

“We had a very impressive pool of nominations,” says Sarah Lubienski, interim dean of the Graduate College. “These are truly remarkable students and we are very proud of their accomplishments and all that they have done for our campus and community.” 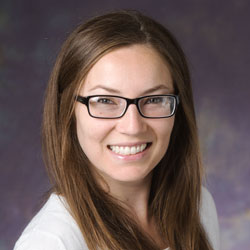 Samantha Knoll co-founded the Graduate Society of Women Engineers (GradSWE) on campus in 2012 and served as president of the organization from 2013-2014. Through this organization, she led the development of a day-long conference in 2013 for graduate women in STEM called Women Empowered in STEM (weSTEM). Under her direction, the conference was expanded in 2014 to include graduate students from other campuses as well as prospective Illinois graduate students, and $50,000 was raised to support the conference. Knoll’s leadership has helped develop a sustainable GradSWE organization, which currently has more than 250 members and continues to organize the annual weSTEM conference. Her recommenders noted that in doing all this she has shown leadership, enthusiasm, and a sustained passion for helping girls and women realize their potential in STEM fields. 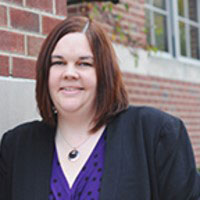 Megan Paceley co-founded The UP Center, a LGBT organization for Champaign County, in 2010. The UP Center organizes community events, partners with the campus LGBT Resource Center, and serves over 3000 people annually. As an executive board member, Paceley helped develop the structure of the organization, received $40,000 in grant funding, monitored and assessed the organization’s programs, and helped facilitate connections between the center and campus. In addition, her leadership on campus includes serving on the Chancellor’s Committee for LGBT Concerns and receiving a Graduate College Focal Point award that led to a year-long LGBT research seminar series and symposium. One of her recommenders noted that she “has artfully combined her academic training and leadership abilities to pursue a vibrant vision of more inclusive and welcoming communities in which LGBTQ youth can be themselves, without fear, and flourish.”

The awards were announced at the Image of Research/Graduate Student Leadership reception that took place on Wednesday, April 8 in the Illini Union.